After a productive week of training to kick off April, I was determined to carry that momentum into the second week of the month.  Despite it being a very busy week at school, I was able to follow through on my fitness goals for the week.

Between a busy day at school, an after school chiropractor appointment, and needing to run errands after my appointment, I needed to take a “rest” day from training.  I simply didn’t have enough hours in the day.

After school I headed straight to the gym and got in a great workout, which consisted of a 4 mile run on the treadmill followed by 35 minutes of full body weight training.

Feeling great after another strong run

Although I had planned to go the gym again after work, after having a very stressful day at school I opted to go home instead in order to be able to spend extra time with little man.  I still exercised, as I completed a 3 mile walk to and from daycare, and then spent additional time outside playing on the playground with little man.  Seeing his big smile on his face as we played together validated my decision to skip the gym that evening.

Despite the 20+ mph wind, I decided to brave the elements in order to soak in the beautiful 75 degree evening.  It was definitely a tough run, especially trying to counter the wind when it was at its highest that evening.  After my run I walked another 1.5 miles, and even my walk was challenging when it came to battling against the wind.

I took my usual day before a long run rest day.

Saturday’s weather was…..interesting.  By early afternoon it was in the mid-80s.  Summer running has never bothered me, so after little man went down for his afternoon nap I still headed out the door for my run.  What made the run incredibly challenging, and resulted in a lot of extra walk breaks for me, was another day of 20+ mph wind.  This was not the long run that I wanted to have just one week out from race day, but I can’t control the weather.  The most important thing is that I did not give up. 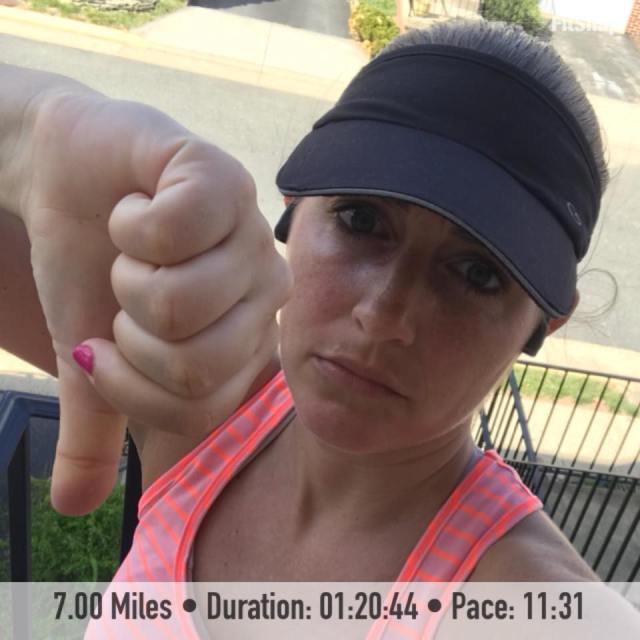 Last week’s long run was one of the most physically challenging runs that I’ve had in awhile. Running in the wind is brutal!

I finished out the week with 25 minutes of lower body and abdominal strength training.

QOTD: How do you handle running in high wind?  Any tips/suggestions for running in the wind?

I’m linking up with Holly from HoHo Runs and Wendy from Taking the Long Way Home for the Weekly Wrap link up.  Be sure to check out their posts as well. 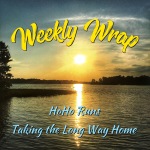