My Goals for This Weekend’s Races

Posted on September 20, 2017 by Kathryn @ Dancing to Running

This weekend I will be running not one, not two, but three races.  When I signed up for these races, I never intended to be running these with a PR attempt in mind.

On Saturday I will be running the Dulles Day 10k (I’ve previously run this race in 2013, 2014, and 2015).  My main motivations for signing up for this race were to complete my first post 20 miler long run on a flat route, and since strollers are allowed on the course I figured that little man would enjoy the experience as well.  Preston is signed up to run the 5k, and although we haven’t decided who is going to run with the stroller, that decision will certainly impact my pace on Saturday. 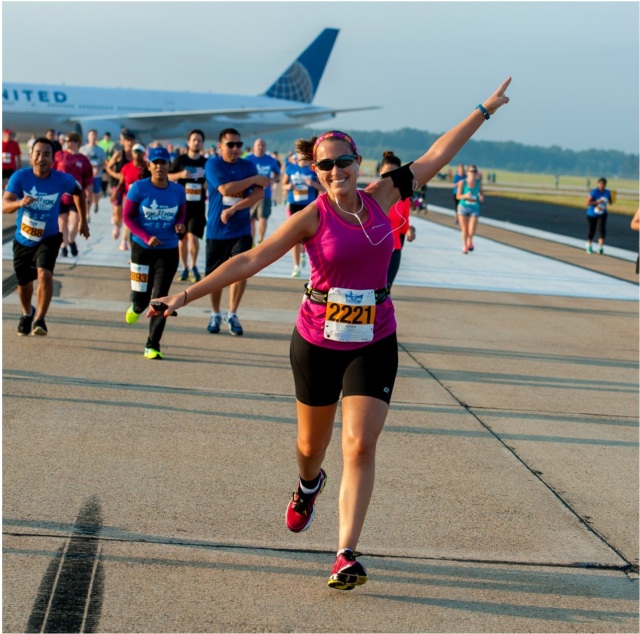 Running on the runway at Dulles Airport during the Dulles Day 10k in September 2014
Photo Credit: PR Races

My one and only goal on Saturday is to have fun.  Yesterday’s run, which was my first run since running 20 miles on Sunday, was incredibly difficult.  Not only did I run with the stroller, but it was also in the mid-80s when I started my run just after 5 p.m.  On top of that my legs were still very heavy from Sunday’s long run.  Overall, it was a very challenging run, so I know that trying to push myself to a new PR this coming Saturday is anything but a good idea.  Plus, if I am running with little man I know that I’ll want to take lots of pictures of him on the runway.

On Sunday I will be running the Clarendon Day Double (I’ve previously run the 10k in 2014 and 2015).  This year I decided to sign up for the double, which involves running the 5k first, followed by the 10k.  In between the two races I also have to make my way back up the “hill of death” in Rosslyn.  Since I have 12 miles on my training plan for this weekend’s long run, I thought that signing up for the double would be a fun way to complete my long run.  While the double is 9.3 miles and not 12, I figure that with also making my way back up the hill that I’ll get pretty close to the 12 miles, and afterwards I’ll run any of my remaining miles.  Just like with Dulles Day, I’m not looking to push my pace or push to a new PR, I’m simply looking to have fun during my long run. 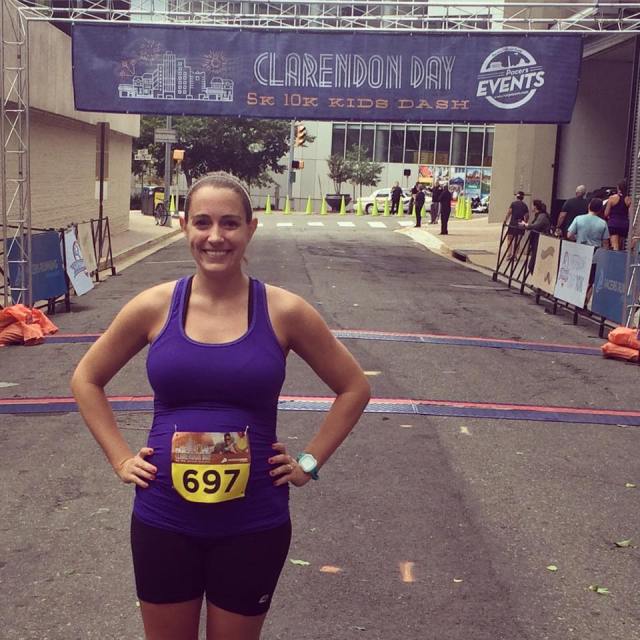 At the Clarendon Day finish line in 2015

Another reason why I won’t be pushing myself during any of this weekend’s races is because I’m also starting to come down with a cold.  I woke up this morning with the scratchy throat that I usually get before I fully come down with cold symptoms.  My fingers are crossed that this cold won’t knock me out completely and that I’ll still be able to run all three races this weekend.

QOTD: Have you ever attempted to race while sick?

30 Responses to My Goals for This Weekend’s Races