This past week was another one of those weeks that makes me so thankful that I have extra time built into my training plan.  I only got to run once last week, which was far from my plan or my usual routine.  Why did I only run once?  Let’s go through the week day by day.

Last Monday was little man’s first day of daycare.  Preston dropped him off, and I planned to leave work in time to pick him up around 4:00.  I was so excited to walk in and see him that afternoon, and was very pleased to hear from his teachers that he’d had a great first day.  All of his teachers said that he had been a very happy boy.  That report was music to my ears!  So how did we celebrate?  With a long mommy-baby walk, during which we ran to the grocery store to pick up a couple of things. 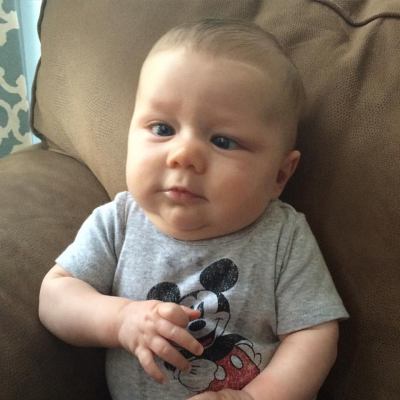 To celebrate a great first day, little man wore his Mickey Mouse onesie while we went for our mommy-baby walk

Tuesday afternoon I was just as eager to pick little man up.  I arrived just as one of his teachers had started giving him a bottle, so instead of interrupting his feeding, his teacher passed him to me, and we sat in one of the rocking chairs while he finished his bottle.  It was great to be able to spend some time with my little man in his classroom and for me to be able to get to know his teachers and classmates a little bit more.  Although I was absolutely exhausted, when Preston got home from work I still dragged my butt out the door for my planned run.  It was one of those runs that I had to talk myself into still going out for, but once I was out there, I was very happy that I had completed it. 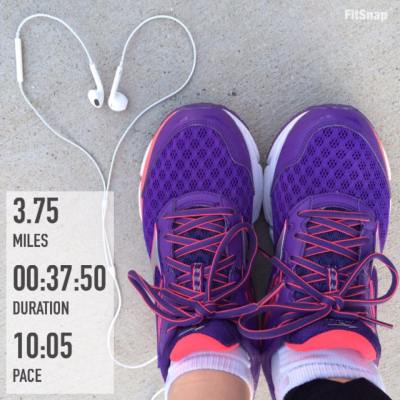 Even though I was tired going into my run, I was reminded during Tuesday evening’s run why I love running

Tuesday night after my run I felt even more run down than I had before I started my run.  I had a sneaking suspicion that I wasn’t just tired, that I was getting sick.  Sadly, my suspicion was correct, and overnight my throat started to get sore and I became congested.

Wednesday at work I became more and more congested as the day wore on.  I debated going to my scheduled chiropractor appointment after work, but wound up still going since in the past when I’ve been sick I’ve sometimes felt better after my adjustment.  Unfortunately, I don’t think my adjustment helped in terms of making me feel less sick.

Thursday morning I woke up completely worn down and absolutely dreading going to work.  But since I depleted my sick leave in order to maximize my maternity leave, and I’ve only been back for three weeks, I was left with no choice but to drag myself to school.  Towards the end of my first class I felt even more miserable, and started to suspect that I had a fever.  I sent a coworker an e-mail who has her planning period during that class, asking if she could come to my classroom to watch my students for a few minutes so that I could go to the school clinic and have the nurse take my temperature.  When I walked into the clinic, the nurse said that she could tell that I had a fever before even taking my temperature, and the thermometer confirmed what she and I had both suspected.  I left the clinic in search of my Assistant Principal, and an hour later he had secured coverage for the rest of my classes that day and I was on my way out the door.  At the suggestion of the nurse at little man’s pediatrician (I called to find out what I could take since I’m breastfeeding), I headed straight to urgent care to rule out strep throat.  Thankfully, my strep test was negative.

Since I woke up fever free Friday morning, I headed back to work, sounding worse than I had been the day before.  My congestion was worse, and as the day progressed I moved closer and closer to losing my voice.  Students in my first class asked why I hadn’t just stayed home again, which led to a discussion about how being a responsible adult means that you can’t just stay home whenever you want to.

Saturday and Sunday I laid low at home, trying to find a balance between helping Preston take care of little man while not overdoing it.  The irony of his first week of daycare is that we had thought that little man would be the one to get sick, not me.  Both he and Preston are still symptom free, and we’re hoping it’ll stay that way.  This past week was far from how I wanted it to go, and I know that the lack of mileage means that I likely won’t meet my monthly mileage goal.  My main focus for this coming week is to slowly but surely get back out there, starting with some walking, and hopefully I’ll still be able to complete my planned 10.5 mile run next weekend.

QOTD: What setbacks, if any, did you face this past week?

I’m linking up with Holly from HoHo Runs and Tricia from MissSippiPiddlin for the Weekly Wrap link up.  Be sure to check out their posts as well. 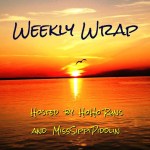