Posted on January 8, 2016 by Kathryn @ Dancing to Running

Its hard to believe how quickly time is flying and that Wednesday marked two weeks since little man’s birth.  No matter how much I’d read or how much I’d heard from others, nothing could have prepared me for the emotional roller coaster that being a new mother is, or better yet, how much I’d love my little guy. 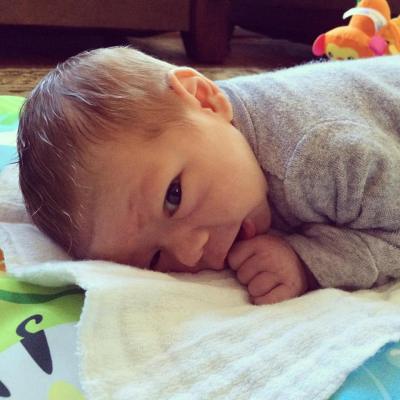 The past two weeks have been quite the learning experience, and I’m sure that I’ll continue to learn even more as the weeks, months, and years continue on.

1.  You can prepare, anticipate, and plan as much as you want, but nothing will go as you expect it to.  I had actually mentally prepared myself for things to go much less smoothly than they have, namely sleep and little man’s eating, but we’ve been blessed with a great sleeper (we’ve already had two nights with him sleeping for almost six hours at a time, though those periods have started around 8pm), and breastfeeding has generally been going well too.  What I hadn’t prepared myself for was how gassy he’d be, or how helpless I’d feel when trying to figure out what he wants, or needs, and it sometimes taking upwards of an hour to be able to calm him down.  I also hadn’t prepared myself for how difficult it would be to get simple things done, like taking a shower or taking care of chores around the house.

2.  Finding “me” time is important for both my mental and physical health.  I’ve been blessed to have my mom here since I went into labor (my parents pulled into our driveway after their long drive from Illinois only about 40 minutes after my contractions started – talk about great timing!), and her assistance around the house has allowed me to put much of my focus into my little man’s needs as well as my own.  Her being here has also allowed me to escape the house solo a couple of times during the day, including twice to the gym to be able to powerwalk on the treadmill.  Those few escapes have helped me to feel like me for a little while, and then I’ve been able to return home and refocus on my little guy.

3.  You’ll learn to acclimate to any and all environments.  This has especially applied to breastfeeding in public, which I’ve already tackled twice.  The first time I found comfort in the privacy of a changing room at a clothing store at the mall, and the second time when little man didn’t like the nursing cover I pulled a chair into a bathroom at a restaurant.  You do what you have to do.

4.  Being “on time” takes on an entirely new meaning.  Between appointments with the lactation consultant, the pediatrician, and the chiropractor, we’ve had more days with appointments than without appointments since we came home from the hospital.  I never realized how long it would take to get both myself and little man ready to get out the door, and just getting someplace within five to ten minutes of the actual appointment time is starting to be considered a success in my book.

5.  I thought I liked taking pictures before little man’s birth (I was always that friend in high school and college who had a camera in their purse), but I really like taking photos now.  With him growing and changing as much as he has over the past two weeks, I’ve been trying to capture as much as I can through the camera lens in order to preserve these memories.  Thank goodness for smartphones, since I don’t always have quick access to a camera, or a camera on me. 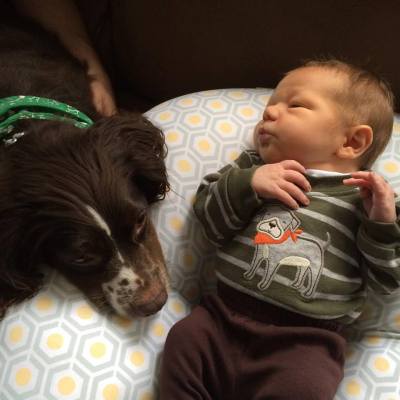 QOTD: What lessons did you learn as a new parent?  If you aren’t a parent, which of these lessons surprises you most?

As always, thank you to the DC Trifecta Bloggers (Courtney from Eat Pray Run DC, Mar from Mar on the Run, and Cynthia from You Signed Up For What?!) for hosting the weekly Friday Five Link Up.  Be sure to check out their posts as well!

This entry was posted in Parenthood and tagged Friday Five, mental health, parenting. Bookmark the permalink.