Wine and Dine, Here We Come!

So this happened yesterday: 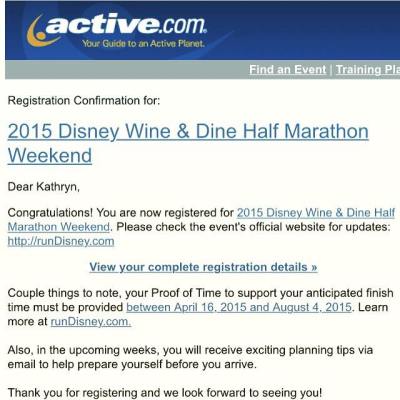 That’s right, Preston and I will be running the Wine and Dine Half Marathon at Disney World on November 7th.  When we returned home last January from Marathon Weekend we agreed that Wine and Dine would be our next runDisney race.  Logistically it didn’t work out for us to run the race this past November, so we’ve had our sights set on running it this year.  One of the reasons why we became Annual Passholders before our trip to Disney this past December was in anticipation of registering for this race.  And despite how quickly the early registration slots sold out yesterday, we were both able to successfully register!

There are many reasons why we’re looking forward to this race.  We’ve both been interested in visiting Disney World during the annual Food and Wine Festival held at Epcot every fall, and the half marathon is one of the highlights of the festival.  With Preston having run both of his marathons at Disney, and I having run my first half marathon at Disney, we’ve both been looking forward to returning for another race weekend.  We’re excited to experience a race weekend other than Marathon Weekend, and this race will be unique as its a night race starting at 10:00 p.m. 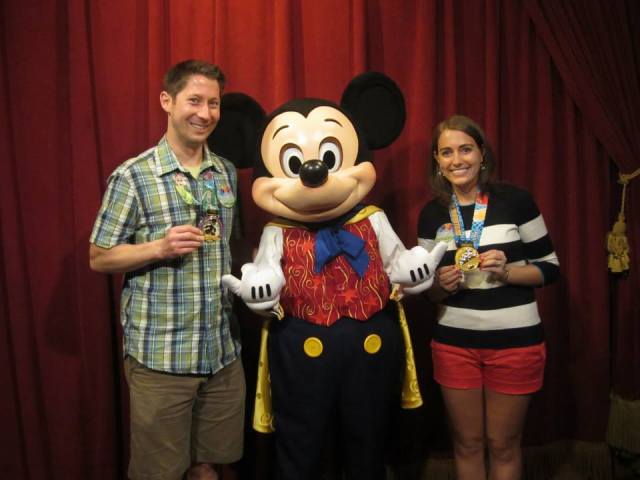 We can’t wait to celebrate another runDisney race weekend with Mickey!

This week I’ve registered for three half marathons.  On Monday I registered for two of the races that I’ll be running as a Rock ‘n’ Blogger – Rock ‘n’ Roll Virginia Beach on September 6th and Rock ‘n’ Roll Philadelphia on October 31st.  Yes, that means that I’ll be running two half marathons on back to back weekends.  It’ll be a challenge, but I’m definitely up for seeing what I’m capable of!

And don’t forget that if you’re interested in running any of the Rock ‘n’ Roll half or full marathons in the U.S. or Canada in 2015 that you can save $15 off of registration by using code DANCINGTORUNNING (excludes Las Vegas).

QOTD: What race(s) are you looking forward to running this year?

75 Responses to Wine and Dine, Here We Come!