Posted on January 9, 2015 by Kathryn @ Dancing to Running

I’ll admit, I haven’t always been a fan of Disney World.  I only went once as a child (in first grade), and didn’t make a return trip until a month after Preston and I got married.  For the longest time I didn’t understand how adults could love Disney World.  I thought, “Isn’t is supposed to be a place for kids?”

It was inevitable that I would learn to love Disney World as a result of marrying Preston.  I was made well aware of his family’s love for Disney on our first date, when I found out that Preston and his family had annual passes to Disneyland when they lived in southern California, and since they moved to the East Coast have spent the majority of their vacations at Disney World.  It wasn’t until my second adult trip to Disney World in January 2013 for Preston’s first marathon when I truly came to appreciate how Disney isn’t just for kids.

Before the marathon started

Preston and I have had Disney on our minds a lot lately.  We were just there before Christmas on vacation with his dad, siblings, and their significant others.  Disney World Marathon Weekend is happening right now, and its been fun following along with everybody via Social Media.  We’re headed to Florida for my Spring Break, and our vacation will include spending a couple of days at Disney.  We have our calendar marked for when registration for the Wine and Dine Half Marathon opens in March, and are looking forward to planning our third trip in less than 12 months for this coming November when, as long as we’re able to successfully register, will be running our next runDisney race.

So what is it about Disney World that I have come to love so much?

1.  Seeing the classic Disney characters brings back wonderful memories from my childhood. 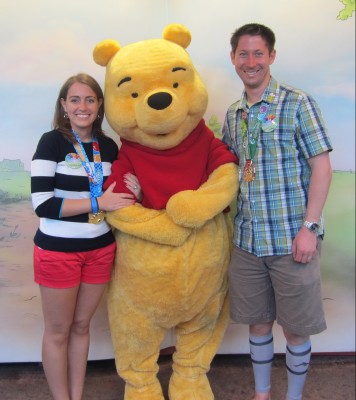 With Winnie the Pooh in January 2014

2.  You can eat around the world within the span of just a couple of days. 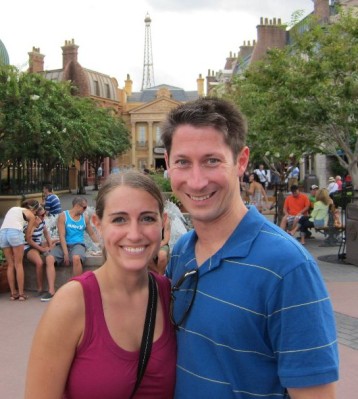 Before eating dinner in France at Epcot in September 2011

3.  Being there makes you feel like a kid at heart.

Preston, his siblings, and I in September 2011 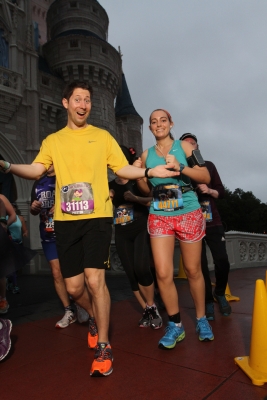 Right after we ran through Cinderella’s Castle in January 2014 during the Disney World Half Marathon
Photo Credit: MarathonFoto 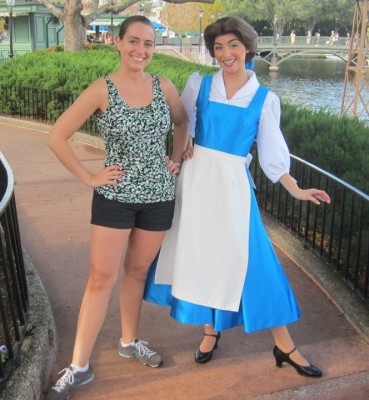 Posing with Belle in January 2013

6.  Its usually warmer at Disney World than it is here at home in Virginia.

Don’t let Minnie and Mickey’s sweaters fool you, it was in the 70s when we were at Disney last month

QOTD: What do you love most about Disney World?

As always, thank you to the DC Trifecta Bloggers (Courtney from Eat Pray Run DC, Mar from Mar on the Run, and Cynthia from You Signed Up For What?!) for hosting the weekly Friday Five Link Up.  Be sure to check out their posts as well!

This entry was posted in Miscellaneous and tagged Disney World, Friday Five. Bookmark the permalink.