Posted on September 24, 2014 by Kathryn @ Dancing to Running

I had originally planned to share my Dulles Day 10k on the Runway recap with all of you today.  However, I don’t believe all of the race photos from that day have been uploaded to Potomac River Running’s website yet (at least I haven’t received the usual e-mail that they have), and since I’m anticipating some awesome pictures from the race I want to wait until I have access to all of them.  As I’ve shared before, one of the many benefits of Potomac River Running races are the free race photos.  Based on the ones that I have seen so far, it’ll be worth the wait for this race recap! 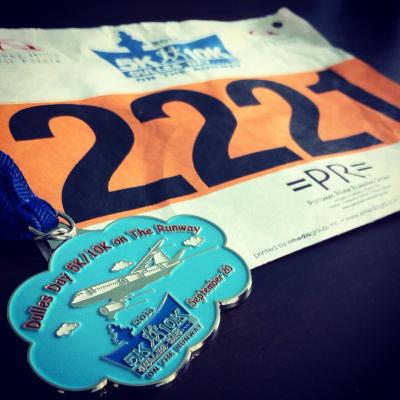 You’ll have to wait just a little bit longer to hear all about how I earned this adorable medal!

There are several fun events that I’m currently counting down to, including: 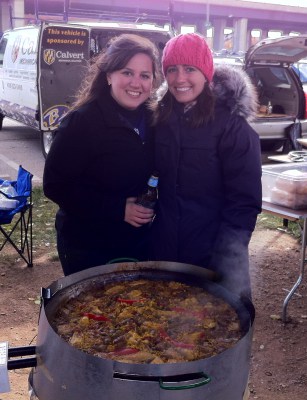 Last November at my first football tailgate, at which we also feasted on paella

Back in 2011 we joined my in-laws on a trip to Disney World a month after we got married, which is the last time we were at Disney World for a non-race related vacation

QOTD: What are you currently counting down to?