Things They Don’t Tell You About House Hunting

I like to think that I’m pretty knowledgeable about real estate and house hunting.  Not only am I a huge fan of HGTV shows “House Hunters” and “Love It Or List It,” one of my dad’s practice areas as a lawyer is real estate transactions.  After working in his office for a number of summers during high school and college, I’ve been exposed to my fair share of real estate lingo.

Knowing what we wanted in a house and being fairly knowledgeable about the process didn’t mean that we knew everything though.  Throughout our house hunting process, Preston and I were amazed by how much we learned, particularly about what to look for and what not to look for while looking for our first home. 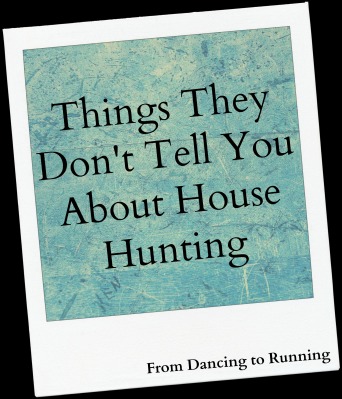 1.  The entire house hunting process is a roller coaster.

We went through our fair share of ups and downs while house hunting.  Not only was the process physically exhausting, but it was emotionally exhausting as well.  After putting in an offer on a house to then have the seller pull the house off of the market, we temporarily felt defeated.  In hindsight, we’re happy that the first offer didn’t work out, because we are very happy with the house we ended up purchasing.

2.  You think you like something one day, and then you visit it again and question why you liked it in the first place.

We originally saw the house that we bought almost three weeks before we put in an offer on it.  We visited it a couple of times, and on each visit had varying thoughts on the house.  Preston wasn’t originally keen on it, but he slowly bought into the idea that we were meant to buy it.  In the end, we realized that of the houses out there that it was the best fit for us, since there is no such thing as the perfect house.

3.  Who you see out in the neighborhood can say a lot about whether or not you want to live there.

Because we intend to start a family in our new house, part of our priority while house hunting was to find a family friendly neighborhood.  When visiting the house, we often saw kids outside playing on the sidewalk or riding their bikes – a sign that there are other young families in our new neighborhood.

4.  You have no idea what the seller’s intentions are.

Part of our delay in putting in an offer on our house was because our realtor had the impression that the seller would be difficult to work with and that she wouldn’t accept an offer any less than asking price.  A couple of weeks and a drop in the asking price later, the seller’s reatlor contacted our realtor, not only to inquire as to whether we were still interested in the house, but to also tell our realtor that the seller was motivated to get the house sold quickly.

5.  Looking at the condition of other houses in the neighborhood tells you a lot about how strict (or not strict) HOAs are.

It was clear as we drove through the neighborhood, as well as toured other houses for sale in the same neighborhood that we bought in, that the HOA holds a high standard.  The seller had a couple of exterior issues (dirty siding and overgrown bushes) that the HOA said had to be addressed prior to closing.

QOTD: For those of you that are home owners, what is one thing that you learned during the home buying process?

This entry was posted in Miscellaneous and tagged home ownership, house hunting. Bookmark the permalink.