With each day that passes, its slowly sinking in more and more that I ran my first half marathon on Saturday.  I’m slowly digesting all that I experienced while at Disney World, and am working on putting in words exactly how I want to share my time while we were down in Florida.

After Saturday’s Disney World Half Marathon

Since Saturday, I’ve been the asked the same couple of questions: 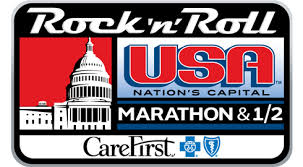 In answer to the first two questions, I’m registered to run my second half marathon two months from today.  On March 15th, I’ll embark on my second 13.1 mile journey, this time running Rock ‘n’ Roll USA on the streets of DC.  Then three weeks later on April 6th I’ll participate in an annual DC tradition, the Cherry Blossom Ten Mile Run.  After the ten miler, my plan is to focus on smaller distances throughout the spring and summer, and then who knows beyond that.

Per the recommendation of many training experts, I’m taking this week off from running, and (hopefully) starting next week I’ll follow a modified version of Jeff Galloway’s half marathon training plan, the same training expert whose guidance drove the 19 week training plan that I used to prepare for Disney World.  I say hopefully since my feet and calves ballooned up during our flight home on Monday.  Being a teacher has kept me on my feet throughout the work day the past two days, which is lengthening the time its taking for my feet to return to normal.

Do I see a full marathon in my future?  At this point, the answer is no.  Saturday’s half marathon proved to be enough of a challenge for me, and the time it takes to complete the long runs on the weekends is consuming enough.  Maybe I’ll change my mind down the road, but at this point I see myself sticking with half marathons as my furthest distance to run.

And in response to the million dollar question that people have been asking Preston, the Dopey Challenge will not be an annual venture.  While we have thoroughly enjoyed Disney World Marathon weekend for the past two years, the four early mornings that are required in order to complete the Dopey Challenge and the toll that the training and running 48.6 miles in four days has taken on Preston is quite a lot.  He’s suggested that maybe he will revisit Dopey for the five year anniversary, and if we return to Disney World for Marathon weekend in 2015 he is considering running just the Goofy Challenge.

QOTD: How soon after you run a major race do you run your next?

8 Responses to What’s Next?